The Evolution of the Garage, Part II 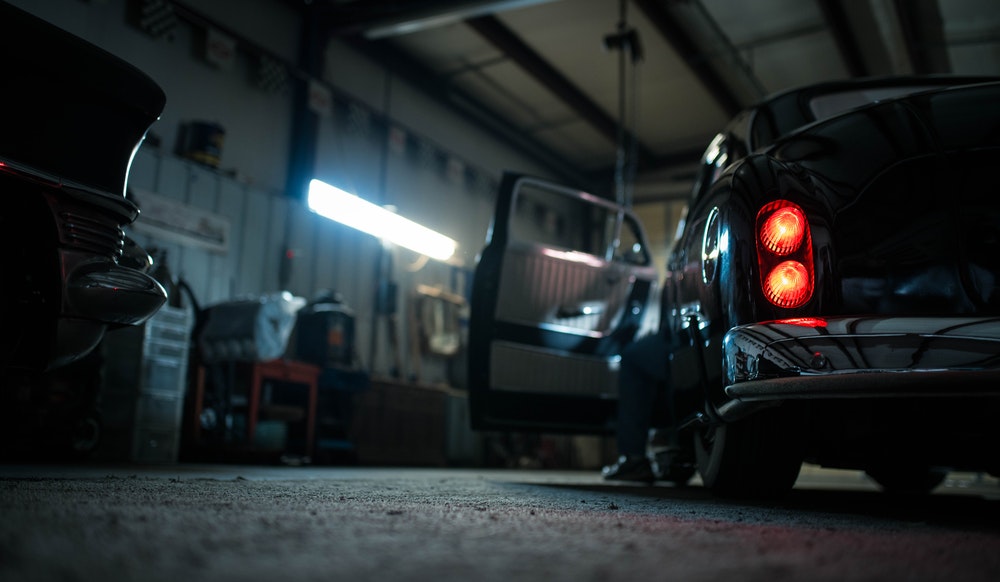 In part I of our Evolution of the Garage blog series we talked about how garages originated as carriage houses and then grew in size as the size and number of cars families owned grew. Next we?ll look at modern-day garage technology, how the appearance of garages has changed such as with epoxy flooring, and how the uses for garages have also evolved.

Different looks through the years: As more and more garages included entry into the home (and therefore more people were entering homes through them), it became more important to homeowners that they be presentable. Storage solutions, epoxy flooring, and even garage décor began to appear as garages started to become more of a daily living space.

New uses for new times: The garage started as a strictly utilitarian space for storing vehicles, but over time it has turned into a place to work on home improvement projects, store tools and equipment, and even hang out. The garage band was aptly named because it originated in home garages, and some families keep games, TVs, and even furniture in their garages for kids and friends to have a fun space to spend time in.

As garages have changed over the years, technology such as epoxy flooring has allowed them to transition from a place just to store vehicles to a space where work is done and leisure time is spent. It will be interesting to see how these rooms continue to evolve in the future!

My garage was so cluttered and a total mess, I was always embarrassed to have the door open! Not anymore!! Floorguard® helped me design a perfect system for my family, it?s amazing!! Now I keep my garage door open for all to see, it?s organized, and absolutely beautiful!!!

Really Pleased! Our garage needed some major help ? not only was it a mess but the floor was just ugly with all the stains and such. I will agree with the reviewer below ? do not go with the cheap imitators! Floorguard not only has a great product, but their installers and service is well worth any extra cost, which is minimal anyway. Our neighbors have commented on how good our garage looks and we?ve recommended them to Floorguard without hesitation.

The garage looks so good! A+ company on every level. Wish I had another garage to resurface!

My neighbor had a floor done by another company that was new to the industry, boy were they sorry. I went with the experts, Floorguard did an incredible job!!

When it comes to adding value to your business, you can’t go wrong with the superior technology and materials from Floorguard

Covering our old, gray garage floor was a great aesthetic and functional improvement. This project requires 2 days: first day preparing the surface (major job requiring right equipment), putting down first coating and sprinkling the flakes. This requires about 4 hours. After this dries, they come back next day and apply the topcoat. They notified us when they would start the work and arrived as promised. They worked diligently, completed the work efficiently, left the work areas and our driveway clean. The owner Steve is a great guy to deal with.

It was a pleasure dealing with the company’s owner Steve Chaloult. When we called him to give us an estimate, he arranged to come within a few days. We have a very large two car garage. His estimate was a bit more than the first company we called but he seemed very well prepared in showing us samples and very knowledgeable about his product and we just liked him. For personal reasons , we had to delay installation for about a month and he could not be more accommodating. we finally we able to have it done this past week and it was worth the wait. The garage floor is just beautiful and I never would have thought I would say that about a garage floor! We also had the lower walls around the floor done and very glad we did. At one time we were thinking we could do this ourselves using a kit. WHAT were we thinking? This is a job for a professional and we are so glad we used Steve.

The owner Steve Chaloult was easy to work with and he’s very good at what he does. I highly recommend Floorguard as your contractor if you’re wanting to have a garage floor finished with a durable epoxy like colored finish. Floorguard came when they said they would and cleaned up after they were finished. Floorguard also installs garage storage cabinets.

Very responsive, good communicator. Was on time and did a top quality job. Very happy with the outcome.